A Danish playwright flees professional trouble to an artist residency in the mountains of California. Here she encounters something so frightening that the rapidly escalating problems at home – involving theatre directors, publishers and Swedish feminists – pale in comparison.

“With the broader theme of what it means to work with one’s integrity intact, this inciting novel goes far beyond addressing the theatre.” May Schack, Politiken

“A number of quickly and sharply drawn episodes and humorous and satirical portraits have theatrical precision and accuracy. The mental degradation and artistic identity crisis of the novel’s playwright is powerfully told.” Jørgen Johansen, Berlingske

“Our introduction to the play happens in a grotesquely funny conversation between Astrid Saalbach and a feminist playwright at the Stockholm City Theatre … It’s accurate and succinct, very funny, very sharp, and probably based on an actual event.” Klaus Rothstein, Weekendavisen

“It could be whiny, but it’s not, partly because the author writes without anger, partly because she describes herself and her abysmal vanity without reservations.” Mai Misfeldt, Kristligt Dagblad

“The self-image of the central character is sublime. The merciless description of the artist is brave, very funny, and embarrassing. Again, the profession is secondary – many will recognize the dreams of greatness and how cruel adjustment to reality is.” Erik Svendsen, Jyllands-Posten 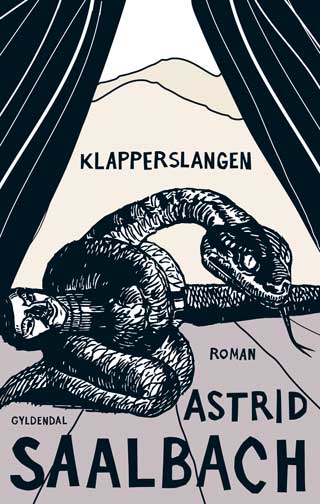 Andreas Ruud Christensen is a successful entrepreneur in his forties. He goes skiing in the Alps with his wife and children, but is at least as busy with his mobile phone as with his family. One day, he stops on a slope to read a text and is torpedoed by a snowboarder. Days later, he wakes up, parts of his memory missing, some of it permanently, and with his personality changed. Apparently everybody else knows more about him than he does himself. He is fighting to get his life back, but the remove from his surroundings becomes more and more evident, also to his family. What Andreas cannot remember, his wife discovers. The consequences are severe, and he gradually feels driven from both his family, his work – and from himself.

“You, too, are swept away by Astrid Saalbach’s novel, hit by it and entrained, as in a literary avalanche.” 5 stars. Lasse Horne Kjældgaard, Politiken

“Both on the level of tension and identification, it is a book worth reading. It makes you consider how vulnerable we really are and how little is required to disrupt all of what we take for granted.” Christine Fur Fischer, Fyens Stiftstidende

“The book is – pardon the cliché – breathtakingly exciting. It is unpredictable and surprising, it is heartbreaking in an unsentimental way, it is funny, it is creepy, it is odd, and on top of all of this, it takes on the greatest existential and moral themes. Who am I if nobody wants to know me? She masters the novel more eloquently than most.” Nils Gunder Hansen, Kristeligt Dagblad

“Astrid Saalbach describes Andreas’ new life so expertly that it leaves the reader with bated breath. It really is a terrifying story, which might be why the book makes such a strong impression. Or maybe Saalbach is just a brilliant writer.” 4 stars. Christina Blangstrup Dahl, Dagbladenes Bureau

“Astrid Saalbach is the Danish writer, who most skillfully jumps between solid realism and hallucinating visions, and the story is entirely believable. The final chapter is furiously well-written, nothing less.” 5 stars. Erik Svendsen, Jyllands-Posten

“Saalbach is dealing with a larger modernist project of execution, resulting in much fun and several thoughtful thrills.” George Hilton, Ekstra Bladet 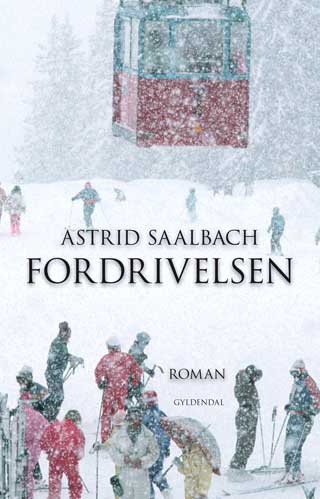 Claire is beautiful, exceptionally beautiful. Her looks have determined much of what has happened in her life, following her somewhat sad childhood. Now, she is studying at the Academy of Music and is a single mother with a young boy. Life is tough. One day, she accuses one of her teachers of having abused her. The consequences are far-reaching for both Claire and the teacher. But what happened that day in the forest?

“Brilliant … It’s almost impossible to put down the book before the last page is turned. The Finger in the Flame is psychological tension of the first degree … A candidate for the year’s best Danish novel.” 6 stars. John Christian Jørgensen, Ekstra Bladet

“Not just a well-written, well-accomplished psychological description, but also a fine display of something as fundamental as lenience and tolerance.” Erik Skyum-Nielsen, Information

“The pitch, the anxiety, not to mention the uneasiness and the fine modulations, make Astrid Saalbach’s novel something special.” Liselotte Wiemer, Weekendavisen

Published in Swedish by Bonnier and broadcast as a radio drama on Swedish Radio, 2009. Published in Estonian in 2010. 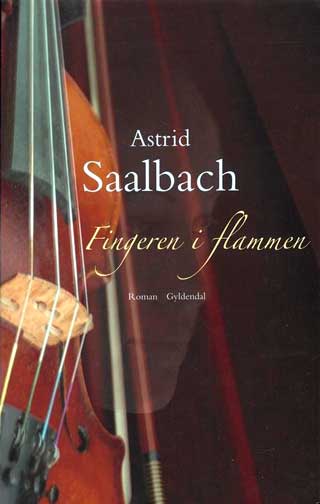 Ingeborg Schmidt is a Danish actor living abroad. She comes back to Denmark to act in a film and looks up her previous teacher, Anna Munthe, the former principal of the Theatre School. Once a celebrated actress, she is now old and senile. This is the starting point of the telling of Ingeborgs’s story, from the uncertainty of youth, the loneliness and quest for a fixed place in her life as a woman, artist, and human, until present day – the one she is.

“You have a feeling that not only would you enjoy reading this novel several times, but that, as a work of art, it will be part of the history of Danish literature.” John Chr. Jørgensen, Ekstra Bladet

“Most entertaining and acute in its description of the three-year course at the theatre school, which almost destroys the student, while also, apparently, being liberating.” Bettina Heltberg, Politiken 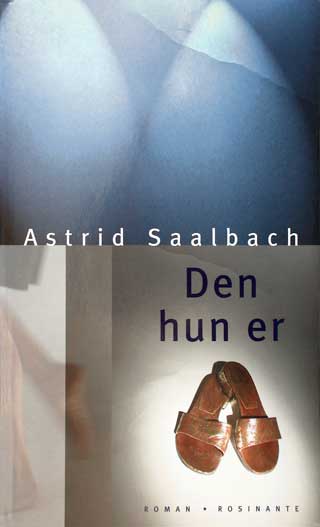 A double history of two women, a writer and a physiotherapist. The writer plans to write a novel about the physiotherapist, who has a baby fathered by an Arab immigrant, whom she never told about it, cheating both the child and the father of the other. In the writer’s eagerness to research for the novel, a catastrophe is triggered.

“An elegant unveiling of a woman’s attempt to put her fear and longings into words. A fascinating plot that becomes as exciting as a thriller.” Vibeke Blaksteen, Kristelig Dagblad

Published in Swedish by Bonniers. 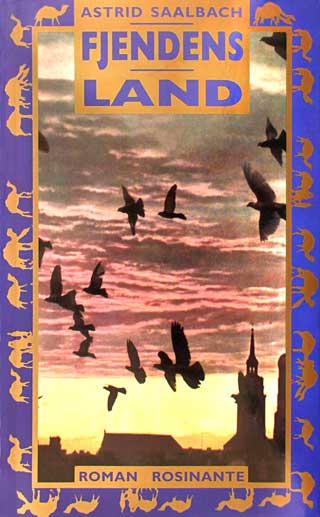 Milena lost her mother when she was a young girl and always believed she had died a natural death. In her late twenties, she learns her mother was found murdered in a forest. The murder was never solved.

The discovery affects all waking hours of Milena’s life and her entire dream world. It affects her work as a teacher, and it creeps up as an intangible element in her relationship with the musician Jacob. 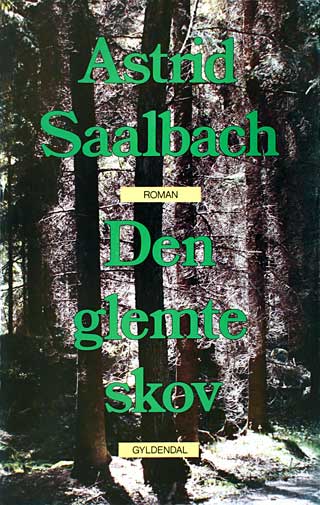 “A woman dozing on the beach, while her daughters are playing at the water’s edge, a woman we follow during a couple of hours while at the hairdresser’s, a man who drives down a dog in the night. The brief stories are loaded with meaning and often with an intangible eeriness.” Camilla Christensen, Berlingske Tidende

“A fascinating, raw, enigmatic writer, who turns everyday life into poetry, and demonstrates how safety is actually only a balancing act on the edge of ruin.” Marie Louise Kjølbye, Information

“Her dialogue is sharp as a sword.” Niels Barfoed, Politiken

“She hits clean and hard without beating about the bush.” Jens Andersen, Kristeligt Dagblad

The stories have been published individually in anthologies in Czech, English, Norwegian, Polish, and Swedish. 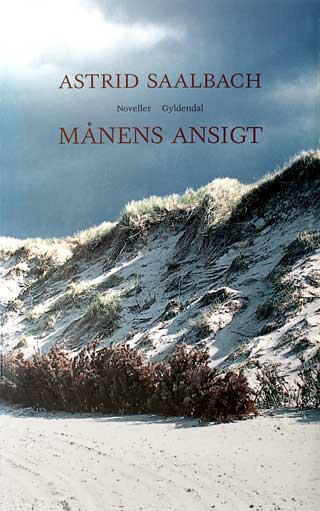